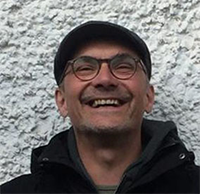 Alois was co-founder and one of the two managing directors of Aperture Software GmbH in 1995. He was responsible for the technical team, pre-sales, support and project management.

Aperture Software GmbH was a joint venture with Aperture Technologies (later part of Emerson, now part of Vertiv) based in Vienna and Graz.

Aperture Software GmbH sold software for facility management in its early years. The company's management opted for indirect sales via a partner network comprising up to 40 active partners in Germany, Switzerland, Austria, the Czech Republic, Poland and Hungary. The Aperture Facility Management platform has thus been transformed from a product unknown in Europe to one of the market leaders.

In both segments, Alois was responsible for numerous major projects, many of which were international in scope. Customers included companies such as T-Systems, Siemens Real Estate, OMV, Dresdner Bank, Dexia, Basler Versicherungen, UniCredit, GAD and many others.

Since 2014, Alois has been working as an IT consultant with a focus on data center documentation.